External Sharing is Caring – With SharePoint 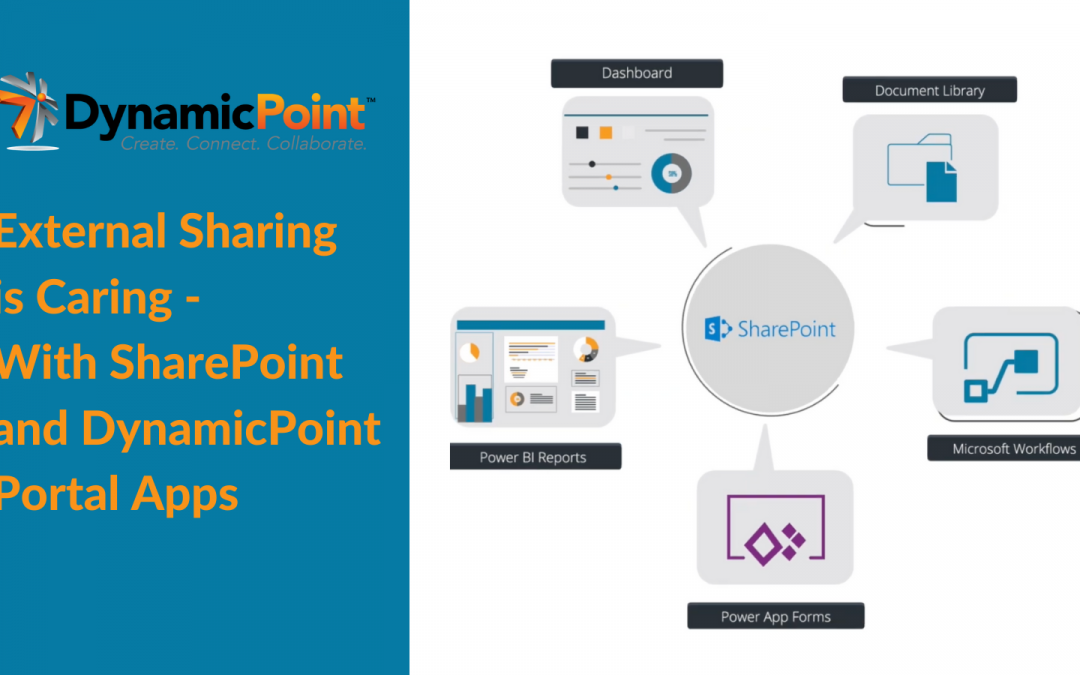 The idea of sharing your internal SharePoint sites to user’s outside of your organization used to be as foreign as 5 bucks a gallon of gas. Now of course both are commonplace. What caused this shift from the unthinkable to standard practice (referring to SharePoint of course, gas is a whole other story)? While many things have changed, the main contributor comes down to Microsoft Office 365 and external users.

Before Office 365, while sharing your SharePoint site as an extranet to your customers or vendors was possible, it was far from easy.  First, the product was deployed internally to a Windows Server, so an opening had to be created in your firewall such that anyone outside of your network could even access it. While technically this is quite easy, most IT departments with an eye on security didn’t like it. And of course, this was very understandable, as now you had another opening to your network which exposed you to the world of outside hacks.

A second limiting factor is how these customers and vendors would be authenticated.  Since SharePoint natively used Windows Authentication, the easiest option was creating these users in Active Directory. Again, this didn’t win a lot of fanfare with IT departments as you are basically handing over a key to an outside person to open the door to your house. The alternative is you can set up Forms Based Authentication (FBA). While this was better than Windows for external users, it still had its drawbacks that now you have to maintain logins, including dealing with forgotten passwords and resets.

Both of these limitations have been removed in Office 365 SharePoint. As the product is already outside facing, there is no need to open up firewalls to customer and vendor users. Also, a whole new type of account has been introduced called an external user. Not only does this type of user allow security to be limited, but they are also provided without quantity limit or additional costs. In addition to the previous issues no longer being relevant, Microsoft has introduced a robust toolkit of functionality which they call Business to Business (BtoB) collaboration. This feature set includes custom invitations, onboarding workflows, external identity providers (Facebook and Google), as well as a whole set of security policies and rules that can be applied.

The Evolution to Portals

Now with the previous limitations of using a SharePoint site to collaborate with external users removed, this has cleared the path to use SharePoint as a business-to-business (B2B) extranet solution, in simpler terms, a customer or vendor portal. And this is of course, where DynamicPoint’s portal app has continued the evolution to include data from your ERP or CRM system on the portal.

If there wasn’t enough reason before to use this platform to streamline customer and vendor communication, we just gave you a few more!

DynamicPoint is a proud member of the Microsoft Dynamics 365 Community. Click the logo below to see our featured blog.